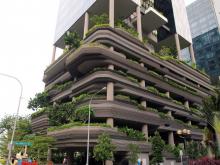 If you’re going to build something like a car park, why not make it beautiful?

This is the philosophy of Maitland’s Bob Dennerley, a craftsman with a passion for creativity and design.

Bob is urging the Hunter’s city planners and politicians to push for vertical gardens on multi-level car parks.

If there was ever any doubt about the need for green infrastructure to complement Sydney's building boom, the scorching heatwave that cooked the city earlier this month should have cured it.

In the first week of 2018, Sydney baked through 40 degree temperatures, while Penrith, in the city's west, clocked in at the hottest place on earth as the mercury hit 47.3 degrees. 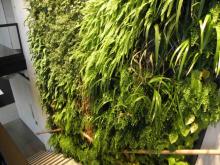 IT’S not often that someone’s success could do them out of a job, but that might be a distant possibility for Mosman’s Mark Paul and his rejuvenation of the iconic Qantas First green wall.

The 2012 Australian Horticulturist of the Year — who backed the honour up with the 2014 Community Award of Excellence — aims to maintain the sweeping wall of greenery less and less, while returning the wall to its almost self-sustainable roots.

Investment experts say Australia is fast becoming an attractive destination for large-scale batteries and renewable investment, which should ultimately bring down the costs of gas and electricity for households.

The world's second-most powerful battery could be built in the Top End as part of a plan to produce more renewable energy for the Northern Territory, following the installation of Elon Musk's 100-megawatt battery in South Australia.

The world’s first 100% solar-powered train is now gliding down tracks in Byron Bay, Australia. The Byron Bay Railroad Company refurbished a three-kilometer, or almost two-mile, stretch of tracks and restored a heritage train, outfitting it with a 6.5 kilowatt (kW) solar array with flexible solar panels. A limited service launched over the weekend, with full service set to commence in January.

Defence Housing Australia (DHA) says it has released some of the country’s greenest homes in suburban Adelaide.

Known as The Prince’s Terrace Adelaide and set in the growing Bowden precinct, the project, which was a first for DHA, was three-way partnership between DHA, The Prince’s Trust Australia and Renewal SA to create a mix of eight terraces and four apartments.

The NSW government says one way to help improve the health of residents, as well as the economy, environment, infrastructure and biodiversity of the state is with its new draft green infrastructure policy.

Called Greener Places: Establishing an urban Green Infrastructure policy for New South Wales, the draft policy was produced by the NSW Government Architect to help guide the planning, design and delivery of a range of green infrastructure in urban areas across NSW.

Senior lecturer in architecture at Deakin University and principal technical advisor on sustainability to the Melbourne Metro Rail Authority, Dr Phillip Roös, says that when Melbourne get its new underground railway stations, they will not only be welcome additions to the city’s public transport network. They will also be first piece of Australian public infrastructure that will include this type of biophilic design, boosting Melbourne’s ecological credentials. 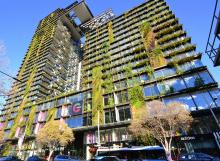 New research shows that besides using the right species for the local environment, their social acceptability, economic use and Indigenous significance need to be carefully considered.

“There are many benefits of bringing nature back into urban areas,” says Dr Luis Mata from RMIT’s Interdisciplinary Conservation Science Research Group. “Nature in all its forms provides a remarkable range of benefits in cities.

If Chris Isles thought “a good street is a place that prioritises people over cars” before the recent Future Street installation on Alfred Street at Sydney’s iconic Circular Quay, he was completely convinced after this public event.